What Happened to Flash in Web Design?

Occasionally, our web design team still comes across an old website that was built with Flash. When that happens, it’s like hearing an old pop song – it simultaneously takes us back to a simpler time, while also making us wonder “what were people thinking?” As you may know Google Chrome will stop support for Flash Player in December of 2020. 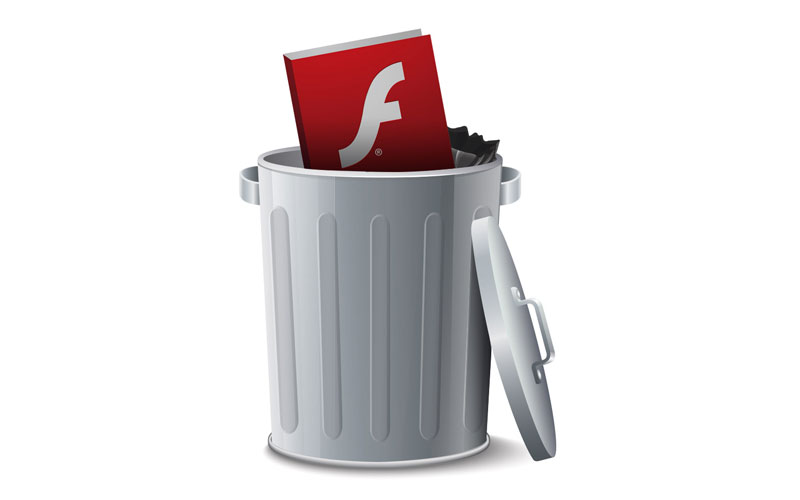 Whether you’re in the web design industry or not, you probably noticed that Flash-based websites – the ones with the extensive layouts, sounds, and opening animations – all but disappeared a number of years ago. They didn’t quite go extinct, but they certainly went out of style in a hurry.

The question, then, is what killed Flash in web design? Let’s dig into the answers…

Probably the biggest issue with designing websites in Flash was that they looked cool (or so a lot of us thought), but had to be coded in a way that set up content as visuals instead of text. That might not seem like a bad thing when you consider that most users prefer images over writing, but having a layout that was entirely image-based was bad for search visibility.

Google’s search spiders can understand text very easily. Images are tougher to decipher and make sense of, though. So, having your website created with Flash meant you weren’t likely to get a lot of search traffic, and that’s not something most businesses could do without.

Customers Got Tired of Flash Intros

One unfortunate byproduct of human nature is that anything that seems novel, creative, or popular is likely to be overused to the point that people hate it. That certainly turned out being the case with Flash website intros.

At first, watching an animation load up was engaging. Then, it seemed like designers were having contests to see whether they could outdo one another and impress buyers with new combinations of images, motion, and music. Finally, though, we arrived at a point where there were so many different Flash animations online that people just wanted to skip through them and get to the real content.

In that way, the popularity of Flash led to its own demise.

Flash Needed to be Patched Constantly

One other disadvantage to Flash as a design tool tends to be overlooked. Namely, that the underlying software had to be patched and updated pretty regularly for it to remain stable and secure.

If someone with the website didn’t have the latest version of the application – or if the web visitor hadn’t bothered to install the latest update – there was a chance the page wouldn’t load, or that it could be infected with viruses and malware. That was bad for business, and something customers grew to hate.

In the end, the story of Flash is typical of a lot of web technologies. It was fun and interesting at first, but it soon became apparent that there weren’t a lot of real uses once the initial sense of fun wore off. The real lesson learned wasn’t just to skip Flash on your website, but to carefully weigh the pros and cons of any particular tool or application before deciding you needed it to help your business grow.