Google’s zoo continues to get bigger, when news broke in the 3rd quarter of 2016 that a major update to their algorithm was named “Possum,” many were focused on the impact of local search optimization.

In some ways, this tweak to the world’s most popular search engine was overdue. The company itself estimates that nearly half of all search queries (around 46%) are for local or geographic-specific results. This has, rather predictably, convinced some marketers that they should try to make it appear as if their businesses are physically present in as many different locales as possible.

To put it another way, spammers are ruining it for the rest of us just as they always do.

In response, Google tweaked its algorithm to make it harder to “fake” location-based optimization and marketing. The result is better and more accurate search results for everybody, even if there are a few bumps along the way – which, truth be told, there have been. 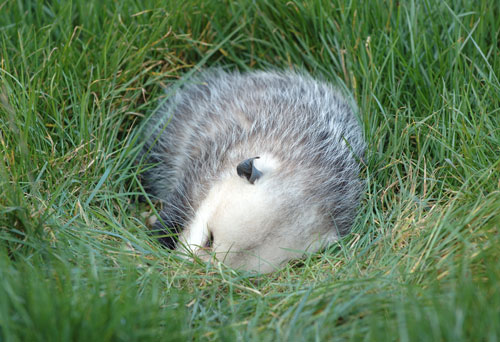 So, did Google’s Possum make your website play dead? Probably not, at least not if you’re doing the right things. Here are a few items you need to keep an eye on…

Google is Going Tighter With Geography

Despite the issues the search engine is having with marketers who are trying to game the system, it seems like a safe bet that even more focus on local search results is coming in the near future. That’s because Google has to make this change. It’s something customers have shown they want, both by using geographic keywords and including phrases like “near me” with mobile queries. So, even though the exact structure of a search might shift, the need to “go local” is going to get stronger and stronger.

It’s Going to Be Harder to Fake a Location

Already, it seems as if Google is moving past primary indicators of geographic location to determine where businesses really are. For instance, just because you have the name of the city or state on your website – or just one page in your website – it doesn’t mean you’re going to automatically appear near the top of the search listings for that area. However, in the near term there probably is still an advantage to being internet visible in several different locations, given that many businesses still have an engaged and even basic local SEO and Google has to generate search results from somewhere.

Google is Looking for Corroborating Clues

Combine the first couple of factors together and you can understand why Google is turning to verifiable third parties to double check location. It may not trust all the information you have in your website, but if the Better Business Bureau (for example) has you listed at a certain address, complete with area code and ZIP Code, you’re probably there. Expect that the role and value of corroborating geographic details is going to be even bigger going forward. The content found in official business directories, news stories, and even online reviews is going to play a big part in telling Google where you do business.

Think Local and Be Local

As with all Google algorithm updates, Possum is now part of the landscape. Now is a great time to start emphasizing geography in your content. It’s also a good idea to be sure you can prove your business is in all the geographic areas you are optimizing your website for.